The author of Islamic Exceptionalism, Shadi Hamid, is a Brookings scholar who specializes in the Middle East. He describes himself as a politically left-of-center Sunni Muslim-American. The premise of his book rests on the idea that the United States and Islam are both exceptional however in different ways. American exeptionalism is defined as the notion that the nation is immune to decline due to its historical good fortune and its role as a world leader in espousing universalist values of liberal democracy.

Hamid presents his case for Islamic exceptionalism – the idea that Islam does not separate the state from religion,[efn_note]Hamid, Shadi. Islamic Exceptionalism: How the Struggle Over Islam Is Reshaping the World. , 2016. Print. p 26[/efn_note] as opposed to Western liberal democracies. This distinction creates tension between secular liberal democracies and Islam in modern nation states. Furthermore, he states that the absolute truths of Islam run up against the “hyper pluralism and relativism” of the West.[efn_note]Ibid. p 22[/efn_note]

He takes the Arab Spring as the basis for his analysis of Islam. One example is the Egyptian uprising in 2013 at Rabaa-al-Aldawiya, where Morsi’s democratically elected Muslim Brotherhood supporters were willing to die for their cause when confronting military forces.[efn_note]Ibid. p 21[/efn_note] As an American, Hamid struggles to make sense of that kind of devotion. He concedes that any religion can and will be manipulated for power[efn_note]https://www.lawliberty.org/liberty-forum/a-clash-of-the-sacred-and-the-secular/[/efn_note]but acknowledges that there are true believers out there for whom religion is not a “political theory that can be discarded if it doesn’t work”.[efn_note] Ibid. p 30 [/efn_note]

His analysis is comparative, using several Muslim countries as case studies. Turkey under Erdogan is discussed at length. Although officially a secular state, it imposes Sharia law to a greater extent than Islamic states as a means of pacifying the Muslim population. Egypt, where Hamid has family ties, is also closely examined. He focuses on the plight of the Muslim Brotherhood under autocrats supported by Western states whose primary interest is regional stability. The overreach of the Egyptian military in trying to suppress democratically elected challengers like the Muslim Brotherhood only serves to reinforce a more radical agenda by radical extremists.

There is a glaring omission, which is Iran. He justifies this because it is Shiite and a hybrid religious cleric and democratic state, which is “anathema to the Sunni Islamists who are the focus of this book”. The focus on Sunni Muslims may simplify his analysis however he misses an opportunity to examine an alternative model of Islamic governance. In addition, the Shia/Sunni divide is given short shrift. Had he spent more time on this issue his reasons for omitting Iran would have been clearer.

Many Western policy makers believe in the universalism and inevitability of democratic liberalism,[efn_note]Ibid. p 23-25.[/efn_note] even if it requires the use of military force. The noble idea “that Arabs were ‘just like us’”[efn_note] Ibid. p 15. [/efn_note]offers a reassuring counterargument to Hamid’s argument that the Islamic world is not compatible with democracy. He states, “But all Islamist parties, by definition, are at least somewhat illiberal….”[efn_note] Ibid. p 19. [/efn_note]

Hamid has publicly stated that in the aftermath of the failed Arab Spring, he is less hopeful about Islam’s place in the democratic West as well as autocratic and publicly secular Middle Eastern nation states. He does offer tentative solutions for both. For the former, he proposes greater acceptance of those minorities who place high importance of religion in daily life in secular society. As for the latter, he urges patience with the messy workings of emerging democracies along with decentralized power sharing in tandem with constitutional protections for the rights of minorities. He admits that these solutions require time, faith in institutions and a fair determination of who actually writes the constitution.[efn_note] Ibid. p 36-37. [/efn_note]

Islamic extremism and its relationship to terrorist violence in the West are given scant coverage. In contrast, he points to the massacre of Muslim Brotherhood activists near the Rabaa al-Adawiya mosque in 2013 where “over eight hundred Egyptians perished”, as well as other examples of violent suppression of Islamist organizations. According to him, these are largely ignored by Western states. However, he does reject ideological absolutists like the Islamic State and their ilk as essentially death cults who “revel in death” and thrive on failed states and inattention by the international community.[efn_note] Ibid. p 236-237. [/efn_note]

Hamid’s writing is engaging and sprinkled here and there with gentle humour, which leavens the serious subject matter. He is also an engaging public speaker, and his heterodox positions lead to confusion when social media subscribers try to pigeon hole his place on the political spectrum.[efn_note] https://podcasts.apple.com/ca/podcast/brown-pundits/id1439007022?i=1000432302843 [/efn_note] For example, Hamid is not averse to interventionism, a position that runs counter to many on the political left. Examples are his support for NATO’s 2011 Libyan intervention[efn_note] https://www.brookings.edu/blog/markaz/2016/04/12/everyone-says-the-libya-intervention-was-a-failure-theyre-wrong/ [/efn_note] and his argument that European welfare states cause resentment by natives reluctant to share benefits, as opposed to the U.S. where self-sufficiency increases integration.[efn_note]http://www.occhidellaguerra.it/islam-and-the-west-is-peaceful-coexistence-possible/[/efn_note] In addition, he cites the rise of the Islamic State as a result of disengagement by the West in Syria and Iraq.

In the end, Hamid’s book is unsatisfying, though through no fault of his own. It is due to the subject matter, the Arab Spring’s failed experiment in democracy and the question of incompatibility of Islam with Western secularism, which remains unresolved – at least for now. He paraphrases Huntington, arguing that there is a clash of values rather than a “clash of cultures taking place”.[efn_note]Huntington, Samuel P. “The Clash of Civilizations?” Foreign Affairs 72, no. 3 (1993): 22-49 and http://www.occhidellaguerra.it/islam-and-the-west-is-peaceful-coexistence-possible/ [/efn_note]

Despite his gloomy appraisal of Islam’s role in the world today, Hamid’s book provides a comprehensive analysis of the current impasse. 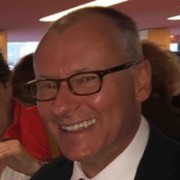